As we head into our final pre-season fixture against Esher RFC this weekend, we have a new captain taking the helm.  Alun has been an integral part of the Bedwas RFC squad for the past five years, captaining the side on numerous occasions. However, this will be his first year as official club captain.

Alun comes from Swansea and has successfully worked his way up through the rugby pathway, playing for Swansea Schools, Osprey’s U16’s and U18’s and representing his local youth side at Dunvant RFC.  He started his senior career at Cardiff University and his local club, Swansea RFC, the following season moving to Cardiff RFC for a year before making the move to The Bridgefield.  Head Coach Stefan Sankala states that “Alun has established himself as a senior player over the last few years and has grown from an energetic, skilful and hardworking hooker, into a fans favourite and a genuine leader amongst our squad”.  Stefan continues, “Alun leads from the front both on and off the field and with the shadow of relegation hanging over the league this season, we look forward to our players delivering performances worthy of our Premiership status and of course Alun will be at the forefront of this”.

We invited Alun to comment on the threat of relegation this season, the captaincy and how the team will respond to the challenges they face this season.  He responded “It’s no secret that this year is going to be the most important year in the Premiership for a long time, if not since its creation.  With the threat of potentially five teams being relegated it’s vital to get off to a good start and avoid getting dragged into a dog fight at the bottom of the league.  Everyone is excited for the new season to get underway.  All the boys have worked hard this summer and we are looking forward to welcoming Pontypridd to The Bridgefield on September 1st.  I am sure a lot of people outside of our group will have us picked as one of the teams who will be caught up in that bottom five, but over the last few years we have proved that we regularly punch above our weight and we’re all looking forward to another successful season.

Bedwas RFC believe Alun has the right values, leadership qualities, high work rate and experience that will indeed help us reach our goals on and off the pitch.  Alun Rees is sponsored by Autoparts whom are based in Pontypridd.  Autoparts, a motor factor business has a strong customer base in Bedwas and Caerphilly and they are absolutely delighted to be supporting Alun in his debut season as captain.

Good luck Alun from all of us at Bedwas RFC and we look forward to the season ahead. 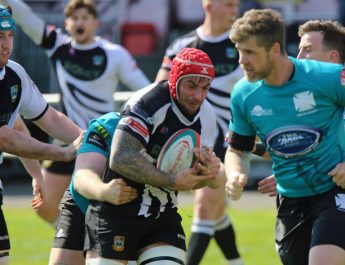 Team news for the big game at Ebbw Vale

April 18, 2019 Ian Lovell Comments Off on Team news for the big game at Ebbw Vale

A little bit of history

June 17, 2020 Ian Lovell Comments Off on A little bit of history