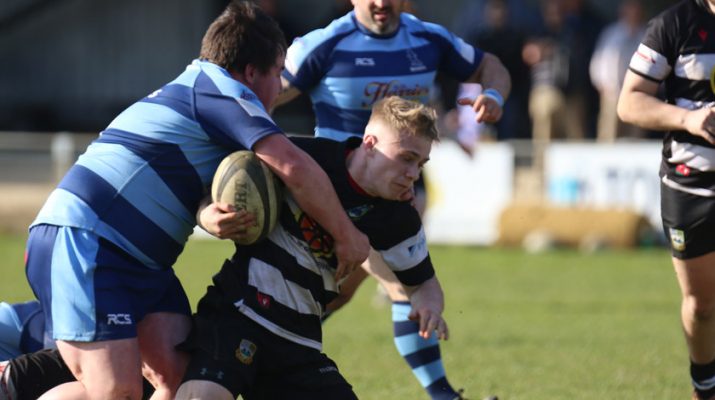 A late Dafydd Thomas try claimed the spoils for Bedwas in a close fought encounter at a sunny, if breezy Bridgefield.

Bedwas started quickly and off the back of a penalty kicked to touch, Mike Dacey was driven over from the ensuing line out to put the home side ahead with barely two minutes played. Dion McIntosh added the extras.

Narberth responded seven minutes later as a stray Bedwas pass was intercepted by inside centre Jake Jenkins who sprinted through for a try beneath the posts. Outside half Ashley Sutton added the conversion to tie up the scores. The visitors could and probably should have extended their lead shortly afterwards but contrived to knock on close to the try line.

Narberth edged ahead after fourteen minutes after a Bedwas no arms tackle yielded a penalty, Ashley Sutton successfully kicking the three points.

Bedwas came back strongly. A quick break followed by a kick through and a sprint for the line being won by full back Hamish Anderson to cross for Bedwas to reclaim the lead. Dion McIntosh again adding the conversion.

Both sides fought hard to gain the upper hand but just past the half hour a loose ball in midfield was hacked through by Aaron Billingham who won the race down the right wing to cross. Dion McIntosh did well to add the conversion from wide out given the now blustery conditions.

Narberth hit back almost immediately. Right wing Aled Rees took advantage of powder puff tackling to run in from the halfway line for a try converted by Sutton. There were no further scores, and the game was in the balance as the half time whistle sounded with Bedwas twenty-one points to fifteen ahead.

A Dion McIntosh penalty extended the home advantage very early in the second half.

Neither side forced many scoring opportunities as the game became a wrestle for dominance.

Narberth scored a try with about eight minutes to play with scrum half George MacDonald claiming the points after a period of prolonged pressure. Ashley Sutton added the conversion and then moments later a penalty to put his side ahead by a single point with six minutes to play.

With the clock running down Bedwas were staring down a barrel. Cue Dafydd Thomas who gathered a kick close to the halfway line. Shrugging aside several would be tacklers a lung bursting run saw him cross for a try leaving McIntosh a straightforward conversion to put Bedwas back ahead, with a four try bonus point to embellish the score.

Narberth heads held proud but the despite their best efforts there wasn’t enough time left to retake the lead and the West Walians had to settle for a losing bonus point.

The Bedwas man of the match sponsored by Casa Mia Restaurant was awarded to scrum half Lucus Welsh.

Next week Bedwas were scheduled to take on Beddau in the last round of matches in the Championship Plate. This match has been awarded to Bedwas with Beddau deciding to withdraw from the competition.

This means the next Bedwas game will be at Pontypool Park on Saturday 9th April 2022.

Match images can be found at: Bedwas RFC’s albums | Flickr 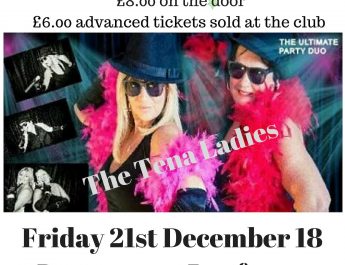 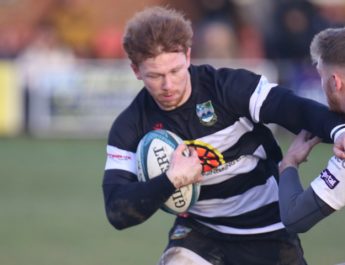 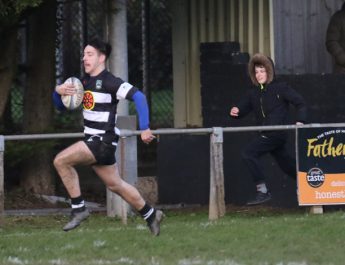 Bargoed’s five try salvo too much for Bedwas

November 27, 2021 Ian Lovell Comments Off on Bargoed’s five try salvo too much for Bedwas