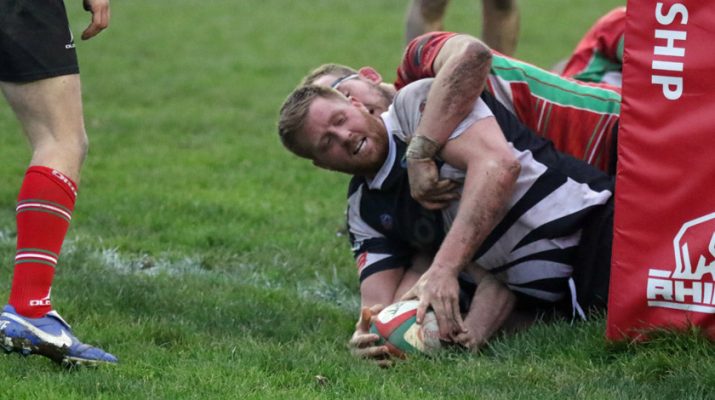 Four second half Llandovery tries saw off a valiant Bedwas side who fought ‘til the end.

With James Richards being called into work early on Saturday morning changes were made to the published starting fifteen. Craig Hudd moved into to the back row and Jonathan Owen Davies came off the bench to make his debut at lock forward. The perennial Deri Mattravers filled to vacant space on the replacements bench.

Both sides took time to settle in the first half but the home side put the first points on the board via No.8 Emyr Price; Jack Maynard adding the extras. Bedwas responded almost immediately via the boot of debutant Evan Lloyd after the home side conceded a penalty.

Both sides continued to defend well and no further scores came for the remainder of the half 10 minutes of which Bedwas spent with fourteen men as Adam Williams was sinbinned for deliberate off-side.

Llandovery increased their lead two minutes after the break. Replacement prop forward Dino Dallavalle who had only been on the pitch for a minute barged over the line; Maynard again added the conversion. Once again Bedwas quickly responded as winger Jordan Rees crossed for try converted by Lloyd.

Maynard added a penalty goal before two tries in three minutes from inside centre Rhodri Jones both converted by Maynard earned the home side a bonus point.

Bedwas continued to work hard in both attack and defence and after a period of pressure Jonathan Owen Davies crashed over the line next to the upright. Joe Scrivens quickly added the conversion to spur hopes that maybe a losing bonus point was a possibility.

It was not to be however, as replacement Scott Maynard went over for a late converted try quickly followed by the final whistle putting an end to proceedings.

Next Saturday Bedwas welcome our Gwent neighbours Newport RFC to the Bridgefield in what is certain to be another tough encounter.

Further images from this game can be found at our Flickr site: https://www.flickr.com/photos/bedwasrfc/albums 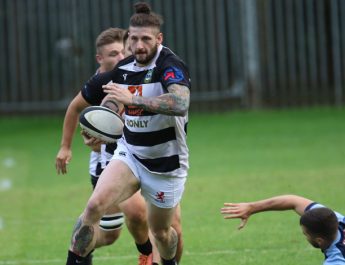 Team news as competitive rugby returns to the Bridgefield

September 16, 2021 Ian Lovell Comments Off on Team news as competitive rugby returns to the Bridgefield 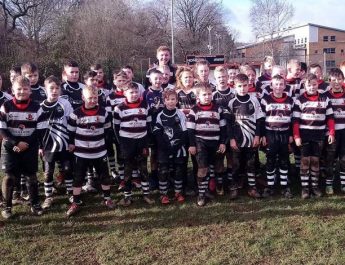 Mini and Juniors Round Up.

January 27, 2019 Ian Lovell Comments Off on Mini and Juniors Round Up.