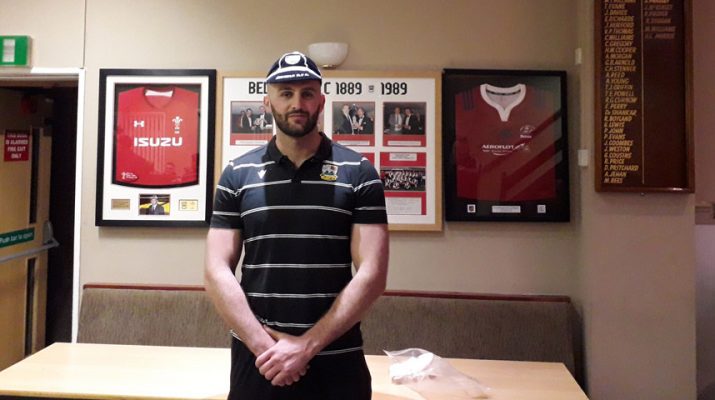 Match Report by Will Rees

Heavy rain across South Wales badly affected fixtures across the country, however Bedwas v Cardiff Met was declared on after an early morning inspection of the playing surface. This allowed Bedwas flanker James ‘Lumpy’ Richards to start for his 100th cap for ‘the Wass’ and the talismanic forward went on to play a prominent role in Bedwas’ bonus-point victory.

It was a solid start for the home team as a chip forward went dead for a Cardiff Met 22 drop-out. From the subsequent possession Bedwas were able to shift the ball wide and Owen Jones was in the right place at the right time to dot down for an unconverted try.

Met were able to bite back quickly however, and they put in a chip and chase of their own to beat the Bedwas cover and score courtesy of fly half Brad Evans. Met added the extras to go ahead by 2.

It was clear the Cardiff Met’s players were in excellent shape and the students presented a massive danger whenever they had ball in space. Nevertheless, Bedwas had the edge in physicality and a patient set of pick and go phases in the red zone allowed James Richards to power over the last man and score. James Hallett converted the try and Bedwas were back in front.

The scrum was a closer contest, but the driving maul was certainly in Bedwas’ favour, with Rhys Hutchinson leading the charge from the front. Bedwas seemed nailed on for a try from the forwards as Met collapsed but the referee adjudged it to be a legal turnover and granted Met a defensive scrum, much to the dismay of the home fans. Similarly, a Bedwas maul in defence looked to have put the visitors into touch, but it was Met who were awarded a penalty which they took to make it 12-10. A penalty for Bedwas soon followed and it was 15-10 going into the break.

The second half was blighted by handling errors for both sides, but Bedwas fortunately made their mark early with their dominant maul finally being rewarded with a penalty try on the 45th minute.

James Richards 100th cap proved eventful as the forward received a yellow card for a high tackle just as Bedwas had looked to move clear on the scoreboard. This threatened to give the students a way back into the match, but they copped a yellow of their own soon after and so it was 14 men apiece as the handling errors mounted.

The monotonous errors made it a second half to forget, but Bradley Williams showed a wonderful pair of hands to control the ball and finish a good team try on the 55th minute. The try was converted and there was no danger that Bedwas would lose control of the game at this point.

As the final minutes went past, Met showed great patience to go through the phases to attempt a consolation score, but the Bedwas defence was foot perfect and as a result it was a clean second half for Bedwas who consolidate their place near the summit of the Championship. 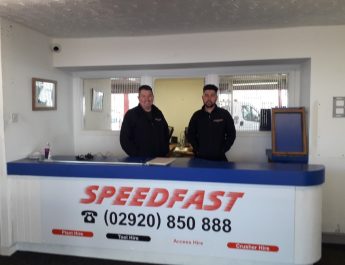 May 10, 2021 Ian Lovell Comments Off on Congratulations and good luck to Speedfast Tool Hire 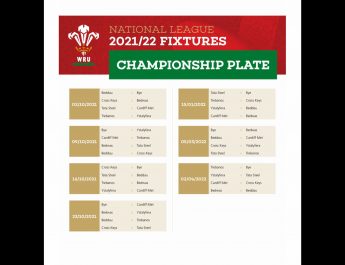 Draw made for the WRU Championship plate

September 27, 2021 Ian Lovell Comments Off on Draw made for the WRU Championship plate