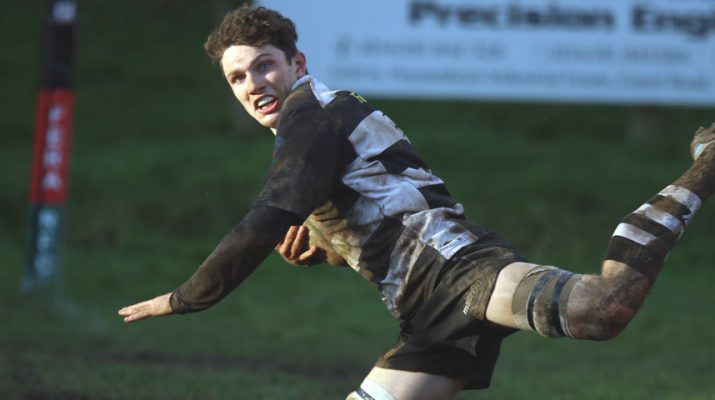 Bedwas earned a bonus point win in a keenly contested game at Ystalyfera.

For the first time in many weeks the players were greeted by sunshine and a slight breeze in contrast to the constant rain which has never been far away this winter. The pitch, although heavy in patches was more than adequate given the amount of water standing on it (according to the hosts Social Media Channels) in the previous 48 hours. Credit to the Ystalyfera ground staff.

Bedwas were first on the scoreboard after five minutes. Jordan Rees scoring what for him as becoming something of a trademark try; bursting through covering tackles before diving over in the corner. Dion McIntosh added the conversion.

Ystalyfera ensured the celebrations didn’t last long and hit back almost immediately. With the Bedwas defence a little narrow right winger Luc Caines was afforded the room to hack through a loose ball to cross for a try. Full back Steffan Castle added the extras to level the scores.

Dion McIntosh missed a thirty five metre penalty attempt shortly afterwards but Bedwas kept up the pressure and when another penalty opportunity arose 10 minutes later McIntosh was successful to edge Bedwas into the lead. Referee Deacy seemingly issued a team warning to the home captain to improve his side’s discipline.

Bedwas continued to attack and increased their lead after 29 minutes. Young prop Lewis Davies showing great strength to evade tacklers before running in for his first try in Bedwas colours. McIntosh added the extras.

Ystalyfera closed the gap to 7 points shortly afterwards following a successful penalty by Steffan Castle after a Bedwas tackle was adjudged high.

With the interval fast approaching Bedwas added their third and best try of the day. Attacking from deep the home defence opened up allowing flanker Owen Jones the space to run in from deep and dive in for a try. Dion McIntosh added the extras for a 24 points to 10 advantage.

Both sides fought hard in the second half but it was Bedwas who scored first to secure the bonus point fourth try. From a line out on the twenty metre line the Bedwas forwards executed a well-rehearsed ‘truck and trailer’ try up to the try line and Owen Jones crashed over for his second try. McIntosh duly converted to extend the lead.

Bedwas made a raft of changes on the hour as the starting half backs, prop forwards and captain/Number 8 Dale Rogers all left the field, fresh legs needed to replace tired ones.

The home side had the final word in the scoring stakes with about 10 minutes remaining on the clock. Winger Luc Caines was on the end of a cross the field slick passing move to run through for a try in the corner. The conversion was quickly taken and missed as his side hoped for more rewards.

A few minutes from the end and a collision in midfield which left home lock forward Ioan Jones stricken with a serious looking neck injury. After treatment the medics decided it too risky to move him and an ambulance was called. The referee wisely called time on proceedings. The ambulance was still awaited 40 minutes after the incident but Ystalyfera’s social media account recorded that that thankfully the injury was not serious and their player in good spirit. All at Bedwas RFC wish him a speedy recovery. *Updated 25/01. We are pleased to hear that after a stay in hospital Ioan has been allowed home after being given the ‘All Clear’ by doctors. We wish him well.

Next weekend Bedwas have no fixture as the WRU Cup fourth round takes place with scheduled opponents Neath still having an interest in the competition. Therefore Bedwas are next in action at runaway leaders Pontypool on Friday 31st January 2020, kick-off at 7-30pm. 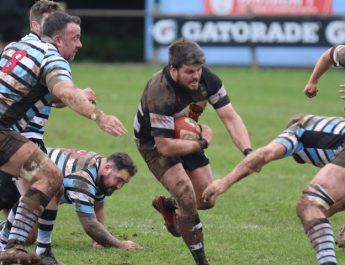