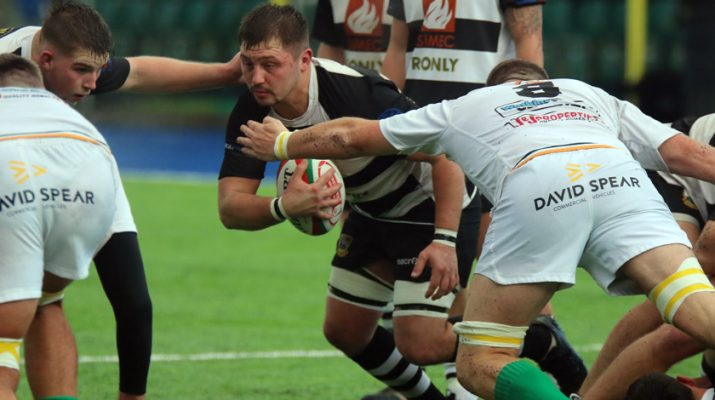 Merthyr RFC 24 Bedwas RFC 17
WRU Specsavers Cup, Round 2, Saturday 09 November 2019.
Match report and photography by Ian Lovell.
Having not been in action since the 12th of October it was with some trepidation that Bedwas headed for Merthyr in the second round of the WRU Specsavers Cup. However every Bedwas player can hold his head high after producing a fine performance for the duration of the game.
Merthyr were first on the score board after only three minutes as Number 8 Andrew Murphy crossed the whitewash; full back Josh Martin successfully converted.
Six minutes later Bedwas were level. A catch and drive from a line out saw Bedwas cross the whitewash but the referee thought otherwise and the effort was disallowed. However Merthyr second row Hemi Barnes was singled out for foul play and a yellow card issued followed by the awarding of a penalty try to Bedwas.
Bedwas dominated territory for a while putting the home side under pressure but no further scores until Martin slotted a penalty midway through the half after Bedwas were penalised for a late tackle.
Both sides defences dug deep to prevent further scores but with two minutes of the half remaining Dion McIntosh slotted over a 40 metre penalty to pull his side level at the break.
Merthyr went back in front early in the second half as Bedwas were driven off a scrum and flanker Morgan Kneath snaffled up the loose ball to run in for a try converted by Josh Martin.
Bedwas responded and put the home side under pressure and after a spell of Bedwas pressure home centre Adam Thomas was sin binned for a ruck offence.
The home side made a number of changes as the half continued and extended their lead after 60 minutes via a penalty try, Bedwas defenders adjudged to have committed foul play but no sanctions were issued.
Bedwas continued to battle coming close to reducing arrears on a few occasions but the Merthyr defence dug deep to repel any scoring attempts.
Bedwas finally gained reward deep into stoppage time as a kick through was gathered up by Craig Hudd who held off would be tacklers to crash over the line. Dion McIntosh added the conversion to reduce arrears to just seven points but Merthyr held on to their lead for the remaining five minutes to claim their place in the next round of the cup.
Next Saturday Bedwas travel down the M4 for a league fixture at Tata Steel RFC, kick-off 2-30pm.

Images from todays game can be found at: https://www.flickr.com/photos/bedwasrfc/albums 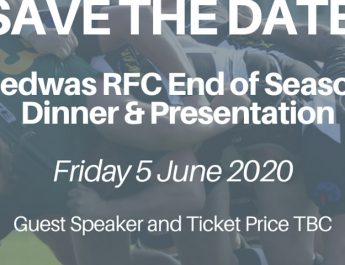 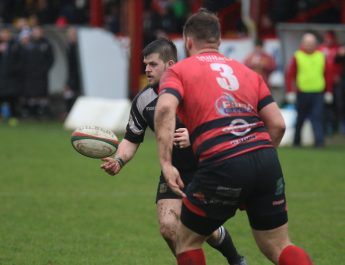