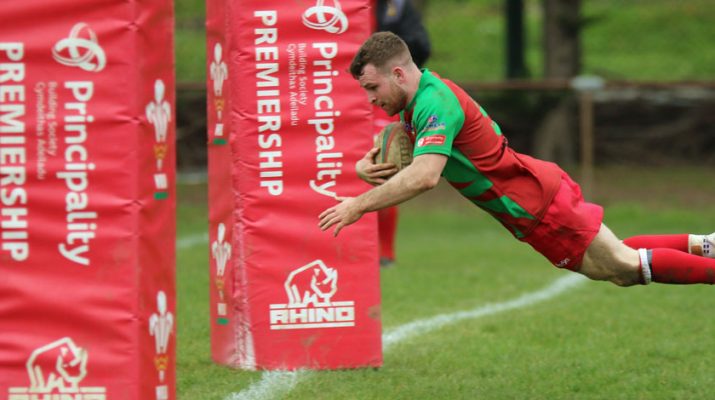 Bedwas RFC 20 Cross Keys RFC 15.
Principality Welsh Premiership. Saturday 02 March 2019.
Match report and photography by Ian Lovell.
Bedwas edged a close, nervy game but claimed the win to reinforce their hopes of survival. Whilst the Bedwas faithful may well claim that ‘we made hard work of that’ in response to the unforced errors that on another day could have been costly it was ironic that the winning Bedwas try came from a Cross Keys error.
On a cool, overcast breezy afternoon the game started with the usual sparring but Keys probably shaded the possession statistic but neither side could break through but it was Keys who drew first blood from a penalty kick through full back Carwyn Penny.
Bedwas levelled the scores up on 14 minutes thanks to a Joseph Scrivens penalty. Keys hit back with a try against the run of play capitalising on a mistake in the Bedwas midfield a hack through from fly half Iwan Burgwin saw him win the race to touch down under the posts leaving Penny a simple conversion attempt he gratefully accepted.
Bedwas battled to get back into the game and after Keys centre Dylan Fidler was sinbinned for a no arms tackle a great step and break from back rower Jonathan Armitage sent up Rhys Crane to charge through and dive in for a try. Scrivens added the conversion to tie the score.
On another day Keys may have a lost a further man the sin bin for a deliberate knock on but to everyone’s surprise the referee kept his cards in his pocket and no sanction or penalty try were awarded and half time came with the sides locked at 10 apiece.
Bedwas started the second half with purpose and barely three minutes into the half Jordan Rees broke through a half-hearted tackle got back to his feet and sprinted through to touch down close the touch line. With the wind at his back Joseph Scrivens made no mistake with his conversion kick.
Bedwas continued to attack but wrong options and handling errors saw that the lead was not extended. Both sides made a mass of changes but it was Keys who scored next when Bedwas were down a man due to injury. The ball was sent wide for centre Dylan Fidler to atone his yellow card by crossing for a try. Carwyn Penny’s conversion attempt was unsuccessful and Bedwas were two points ahead with 10 minutes to play.
Bedwas continued to press and with four minutes to play Joseph Scrivens’ penalty goal eased the nerves of the Bedwas fans and management as the lead was increased to five points.
Bedwas saw out the final few minutes to claim a vital win but although this win edges them closer to safety all will hope for a less nervy performance next Friday evening (8th March, 7-15pm k.o) as Llanelli visit the Bridgefield for another huge game.
Bedwas Man of the Match sponsored by Casa Mia Restaurant of Caerphilly was awarded to Connor Edwards.
Match photographs from this game can be found at: https://www.flickr.com/photos/bedwasrfc/albums 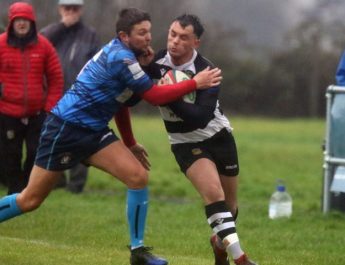