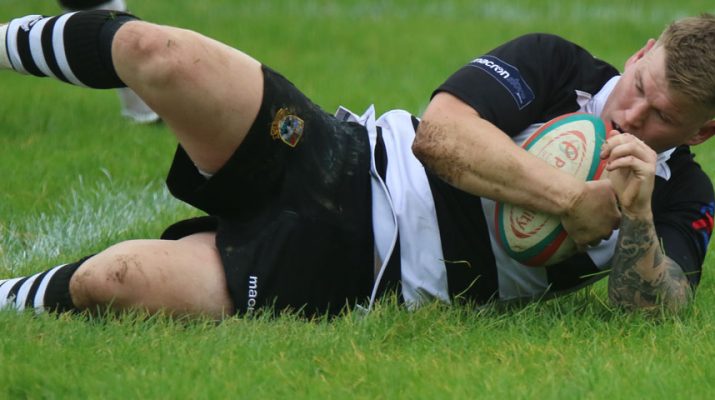 In completely different conditions to the opening weeks of the season Bedwas continued their fine start of the season completing an emphatic eight try win over Championship new boys Ystalyfera.

Heavy rain in the twenty four hours leading up to the game proved inconsequential to the credit of the ground staff as an excellent condition surface met the teams.

Playing into a moderate breeze in the first half Bedwas enjoyed a profitable start. Full back James Hallett burst through a gap in the visitors’ defence before supplying the supporting Jordan Rees with a pass to sprint in from 30 metres. Hallett took on the kicking duties for this game but his conversion attempt drifted across the posts.

Bedwas continued to enjoy a large slice of possession but it was the visitors who scored next via a penalty goal from Steffan Castle after Bedwas were adjudged offside.

Undeterred Bedwas continued to press and from a close range line-out second row Craig Hudd was driven over the line, Hallett again unsuccessful from the kicking tee.

A second penalty from the visitors kicker Castle reduced the arrears but shortly afterwards his side was reduced to 14 men as flanker Callum Papp was sin binned for a deliberate knock on. Bedwas immediately took advantage of the extra man with Lewis Bowden profiting from the extra space to cross for a try improved upon by Hallett.

Ystalyfera discipline took a further backward step with hooker Ryan James also sin binned this time for a high tackle as tempers threatened to flare as half time approached.

Five minutes into the second half Hallett had the opportunity to extend the Bedwas lead but his penalty attempt went wide. It mattered little as shortly afterwards a Bedwas driving maul was adjudged to be illegally halted and a penalty try awarded; Ystalyfera lock forward Jesse Patton was singled out for his part in the misdemeanour and a yellow card issued.

Just before the hour Bedwas replaced the starting half backs as Matt Bancroft and Bradley Williams entered the fray replacing Owain Keane and Callum Rowlands. Within a minute Bedwas extended their lead with hooker Mike Dacey being the last man up off the turf following a driving maul. Hallett’s conversion extended the Bedwas lead to a seemingly unassailable 25 points leading to both starting props being replaced as Dan Scott and Owen Ford replaced Jamie Tucker and Rhys Hutcherson.

By now Bedwas tails were well and truly up and quick hands put Lewis Bowden through for his second try of the afternoon with 67 minutes elapsed, Hallett’s conversion kick from out wide perfectly bisected the posts.

Bedwas were not finished. Matt Williams finished off a neat move to grab his first Bedwas try again improved upon by Hallett with the game moving into its final phases. Bedwas continued to attack and it looked as though the visitors would have the final say as a Bedwas attack deep in the Ystalyfera half saw winger Luc Caines cleverly intercept a pass to sprint to the other end for a try under the posts which he converted.

It looked like this would be the last action of the game but with referee Craig Evans allowing stoppage time following a few attention needing injuries there was still time for Bradley Williams to jink through a tiring visitors defence to bring up the half century of points. James Hallett added the extras to complete an excellent afternoon’s work by the home side.

Man of the Match sponsored by Casa Mia Restaurant of Caerphilly was awarded to Craig Hudd.

Next Saturday Bedwas travel to the Gnoll to take on Neath RFC for what is anticipated to be a keenly contested contest.

Pictures from the game can be found here: https://www.flickr.com/photos/bedwasrfc/albums

Grateful thanks are extended to everyone from Niamh Gregory who’s bucket collection raised £64 towards her trip to Kenya. 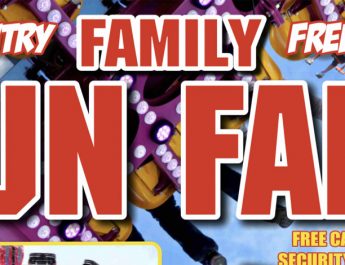 All the fun of the fair at Bedwas RFC

June 10, 2019 Ian Lovell Comments Off on All the fun of the fair at Bedwas RFC